Vitamin B – It's not just for energy! | TheOptimal.me Skip to main content
Self

Vitamin B – It's not just for energy!

What does Vitamin B do? The answer: rather a lot, actually!

Vitamin B comprises of 8 vitamins that are the building blocks of a healthy body. Each of the 8 is unique, but have interrelated functions. Together, they are known as B-complex. They are grouped together because of their similar physical properties and their presence in similar foods. They each have a slightly different role in the body and if you are deficient in one, it can affect the utilisation of the others.

Together they carry out a multitude of functions: helping convert food into fuel for energy, forming red blood cells, keeping our hearts and cardiovascular systems strong and keeping our brains, skin and eyes healthy. They also play an important role in the synthesis and repair of DNA and RNA, reducing inflammation and maintaining a healthy metabolism and digestive system.

Unlike some vitamins that can be stored for future use, like Vitamin A and D, your body can’t store B complex vitamins. They are water soluble so any excess is passed out of your body (with the exception of Vitamin D12). Let's get to the details.

Thiamin was the first B-Vitamin the scientists discovered, hence the number 1. It is an essential nutrient that all the tissues of the body need to function properly. It helps the body’s cells change carbohydrates into energy as well as help our nervous system function optimally.

Signs of deficiency: It’s rare but can be found in people with specific medial conditions such as Anorexia, Crohn’s disease and alcoholism. On the contrary, excessive Thiamin can cause skin eruptions such as pimples or hives.

Vitamin B is used to help digest and extract energy from food by converting nutrients from fat, proteins and carbohydrates into useable energy in the form of ATP (ATP is able to store and transport chemical energy within cells). It also acts as an antioxidant within the body and helps to maintain healthy blood cells, helping to boost energy levels, ensure proper growth of the skin, eyes, immune system, tissue and mucous membrane. It also ensures healthy skin, hair and nails.  It helps in the absorption of minerals such as iron, folic acid and other vitamins such as B1, 3 and 6. It plays an important role in healing wounds and preventing infection and enhances natural immunity. Studies have shown that it can slow down the progression of HIV/AIDS.

As with the other B vitamins, Vitamin B3 converts food into energy. It also produces certain hormones from the adrenal glands and helps removes harmful chemicals from the liver. It plays a part in improving health like reducing headaches and migraines, circulation problems and dizziness. It is thought that niacin could repair damage to the brain after stroke and plays a role in raising good cholesterol. It may also reduce the incidence of asthma-induced wheezing, and may be helpful in preventing Alzheimer’s disease and osteoarthritis.

Signs of deficiency: typically appears in the skin, the digestive system and the nervous system. Pellagra is a disease caused by low levels of Niacin, often referred to as the 3 Ds: dermatitis, diarrhoea and dementia. A fourth D, death, occurs if left untreated.

This is one of the lesser known vitamins because deficiencies of it are rare, normally only found in malnourished people. Also known as the ‘anti-stress vitamin’ it plays a part in the secretion of hormones that help fight allergies and are beneficial in the maintenance of healthy skin and nerves. As with the other B vitamins it helps produce energy by breaking down fats and carbohydrates into energy. It is also used in the synthesis of coenzyme A (CoA), an enzyme that is especially important in the breaking down of fatty acids.

Signs of deficiency: burning feet, tingling hands and muscle cramps, tiredness and depression, irritability and sleep disorders. Nausea, head and stomach pains can also occur. It may not be easily identified since it’s involved in a wide variety of functions and may be masked by other nutrient deficiencies.

Vitamin B6 helps the body maintain a healthy nervous system, is involved in the production of haemoglobin that carries oxygen in the blood throughout the body. It is also needed for proper brain development in children and brain function for people of all ages. It can work as a natural painkiller, boost your mood and also enhance immunity. Other benefits also include balancing blood sugar levels, reduces symptoms or rheumatoid arthritis by suppressing inflammation and maintains healthy blood vessels.

Signs of deficiency: Vitamin B6 deficiency is more common in people with liver, kidney, digestive or autoimmune diseases, as well as smokers, obese people, alcoholics and pregnant women. An itchy, oily and flaky rash is a common sign, as well as cracked and sore lips, worsening symptoms of PMS and anaemia. Because it is incredibly important for nerve function, B6 deficiency is sometimes associated with seizures, migraines, chronic pain and mood changes such as irritability, anxiety and depression.

Sometimes known as the H vitamin, from the German Haar and Haut (hair and skin) - it plays a major part in maintaining the health of our hair, nails and skin. It also boosts metabolism and helps maintain blood sugar levels in the body. It aids in weight loss and obese people are often told to eat more foods containing biotin. It protects the heart and helps in the growth and maintenance of muscle tissues and repairing tissues in case of any type of damage. It also ensures the proper function of the nervous system tissues along with an optimal growth of bone marrow.

Signs of deficiency: Without biotin as a co-factor, many enzymes do not work properly and serious complications can occur, including different diseases of the skin, intestinal tract and nervous system. Biotin deficiency is rare but symptoms include dry, brittle hair, a scaly red rash on the face and genital area, fatigue and muscle pains.

Vitamin B9 – Folic Acid Or Folate

Folate is needed to make red and white blood cells in the bone marrow, convert carbohydrates into energy and producing DNA. It is extremely important to have enough folate in periods of rapid growth such as pregnancy, infancy and adolescence. Pregnant women are advised to take Folate supplements to prevent against miscarriage and neural tube defects in the foetus. Folate may help slow memory decline associated with ageing.

Signs of deficiency: premature hair greying and pale skin, mood changes and irritability. If you are frequently getting sick or feeling tired and lacking energy you may want to add some extra portions of folate rich foods to your diet.

Vitamin B12 is essential in the production of your red blood cells and DNA, as well as the proper functioning of the nervous system. Unfortunately, Vitamin B12 deficiency is common, especially in the elderly.

Signs of deficiency: People most at risk include the elderly, people following a strict vegan diet (as B12 is only from animal foods) or those taking long-term antacid drugs for heartburn. Unfortunately, deficiency can sometimes be mistaken for Folate deficiency as your Folate levels might drop. Correcting Folate levels will just mask the underlying problem. Signs include a tingling in the hands and feet, balance problems, anaemia, a swollen inflamed tongue. Also weakness, fatigue and cognitive difficulties.

The good news is that B vitamins are naturally present in many foods – listed here - added to others and available as dietary supplements. 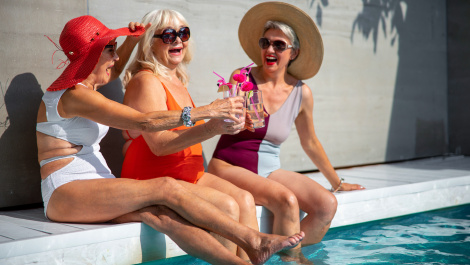 Learning to love your lines and lumps 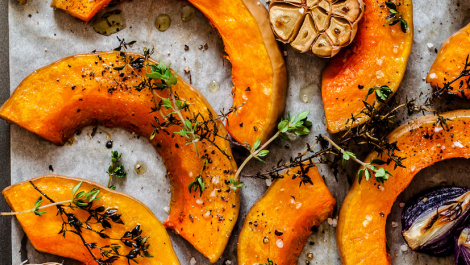 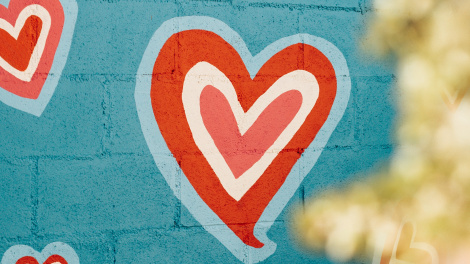 The best foods for heart health. 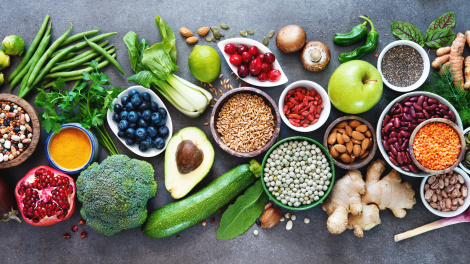 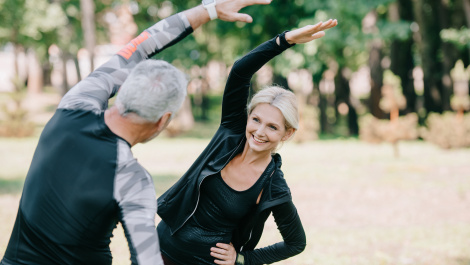 Why, how and when to stretch: The importance of flexibility over 50.